According to Business & Skilled Migration Queensland, the BSMQ skilled program is temporarily CLOSED.

Expressions of interest (EOI’s) submitted for SkillSelect after 5.00pm AEST 30 July 2019 will not be considered.

It is unlikely that the subclass 489 program will reopen (for skilled applicants) due to the closure for nominations on 10 September 2019.  New subclass 491 Skilled Work Regional (Provisional) visa will be introduced. 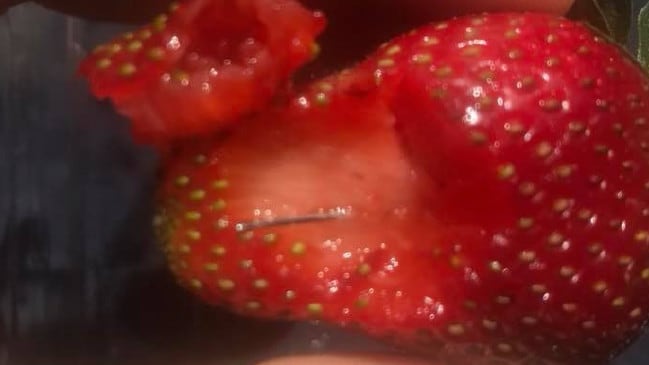 A 50-year-old Queensland woman has been charged with seven counts of contamination over the strawberry needle incidents that sparked a nationwide crisis.

The woman, My Ut Trinh, known as Judy, was arrested and charged with seven counts contamination of goods under Section 238 Criminal Code, which has a three-year maximum penalty.

A circumstance of aggravation will also be alleged, elevating the maximum to 10 years’ imprisonment.

It is understood Trinh worked at the Berry Licious/Berry Obsession farm in southeast Queensland and it is alleged she had grievances about her treatment at work,

According to 7 News, Trinh allegedly told others she “wanted to bring them down” and “put them out of business.”

Police launched an investigation on Sunday, September 9 after a Queensland man reported swallowing a contaminated berry. Two people in Victoria then came forward after similar experiences.

Police say the woman’s DNA was found inside a contaminated punnet in Victoria as part of a two-month, complex investigation.

She is expected to appear in the Brisbane Magistrates Court on Monday morning.

Detective Superintendent Jon Wacker from the Drug and Serious Crime Group described it as a major and unprecedented police investigation.

“The Queensland Police Service has allocated a significant amount of resources to ensure those responsible are brought to justice,” Spt Wacker said.

“While the investigation is far from over, I would like to acknowledge the tireless effort of our investigators as well as members from all other agencies across Australia who played a role.

“I would also like to thank those within the strawberry industry for their co-operation and members of the public who assisted us with our inquiries.”

The crisis extended across the country with all six states beginning investigations after reports of tampering had seen needles or pins discovered in strawberries, as well apples and bananas.

It resulted in tonnes of strawberries being dumped or going to waste around Australia threatening the future of the half-a-billion-dollar industry.

In response, Coles and Aldi pulled all strawberries from their shelves, while Woolworths only removed the affected brands it stocked.

A police taskforce was established with officers from the State Crime Command co-ordinating the investigation together with detectives in a number of police districts in Queensland.

Police have said that investigations are continuing. 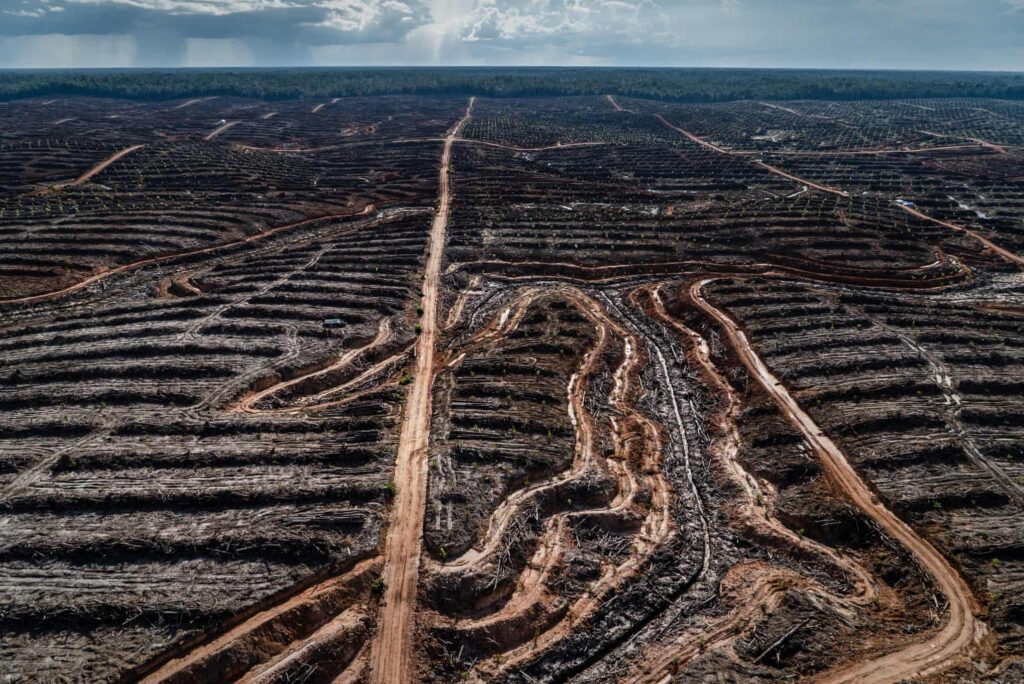 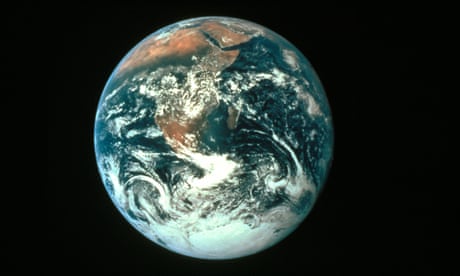 Australia’s economy is addicted to immigration, requiring ever-increasing infusions of new people to stave off an inevitable collapse.

Australia has enjoyed 27 years of uninterrupted growth since its last recession—108 consecutive quarters of economic expansion and counting. A few developing countries such as China can match that record, of course, but no other developed economy even comes close. When even China started to slow down in 2012, it raised fears among commodity exporters like Australia. Iron and coal are Australia’s top two exports, and China is their No. 1 destination. But even then, Australia’s GDP growth merely slowed from 3.9 percent in 2012 to 2.6 percent in 2013. Other developed countries might be thrilled just to reach 2.6 percent in the first place.

At the lowest point in the spring and summer of 2013, Australia’s quarterly growth rates fell to 1.7 percent. At the same time, Australia’s population was growing at an annualized rate of 1.8 percent. Measured in per capita terms, then, Australia’s economy actually shrank for two consecutive quarters.

Australia also experienced a “per capita recession” for four quarters during the global financial crisis and for two quarters during the dot-com bust of 2000. It recorded a quarter of negative per-capita GDP growth in 2003. Viewed this way, Australia’s economy has in fact matched every U.S. recession of the last 40 years, with one additional slowdown in the first half of 1986.

Australia’s population has grown by nearly 45 percent since 1991. No other major developed country even comes close to that rate. Unlike similarly fast-growing countries in Africa and the Middle East, Australia doesn’t have a particularly high fertility rate. In fact, the rate is well below the replacement level required to keep its population stable. The majority of Australia’s population growth comes from immigration. In turn, Australia’s so-called economic miracle is based on immigration, too.

The Australian Bureau of Statistics reckons that Australia’s population passed the 25 million mark “just after 11 p.m.” on Aug. 7. That represents a doubling of the country’s population in less than 50 years. At the same time, 50 years of unparalleled immigration have given Australia the largest foreign-born population of any major developed country in modern times. As of 2016, over 28 percent of people in Australia were not born there. With immigration hitting new records in the 2017 to 2018 fiscal year, that figure is almost certain to breach 30 percent by the end of the decade. Immigration is now adding nearly 1 percent per year to Australia’s population.

Their presence gives the economy a boost—and saves the government a lot of money. Australia has a universal single-payer health care system called Medicare, which is similar to the U.S. Medicare program but is open to all citizens and permanent residents. With immigration continuously boosting the population of healthy, working-age, taxpaying adults who need little medical care, Australia is able to support its national health system at relatively low cost. 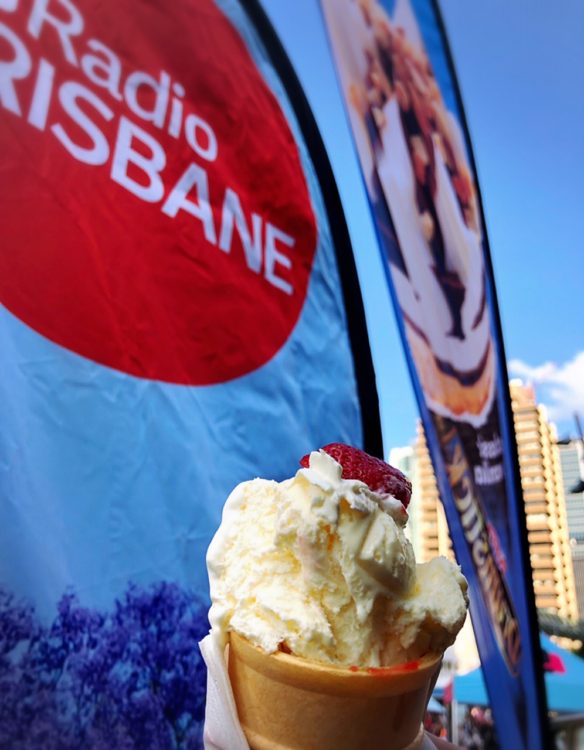 We are proud to be supporting strawberry growers all across Queensland by participating in this event at King George Square on Wednesday. This is how communities come together and how Australians support one another!

Queensland Police reassured the public saying all strawberries produced after 13 September are safe to eat amid food contamination crisis!

So glad to be able to join the Charity Concert which was held and supported by many Chinese artists and communities. Sincerely hope all the children who are not that fortunate can also enjoy the Xmas.
Thank you Lord Mayor and Lady Mayoress for your excellent singing! 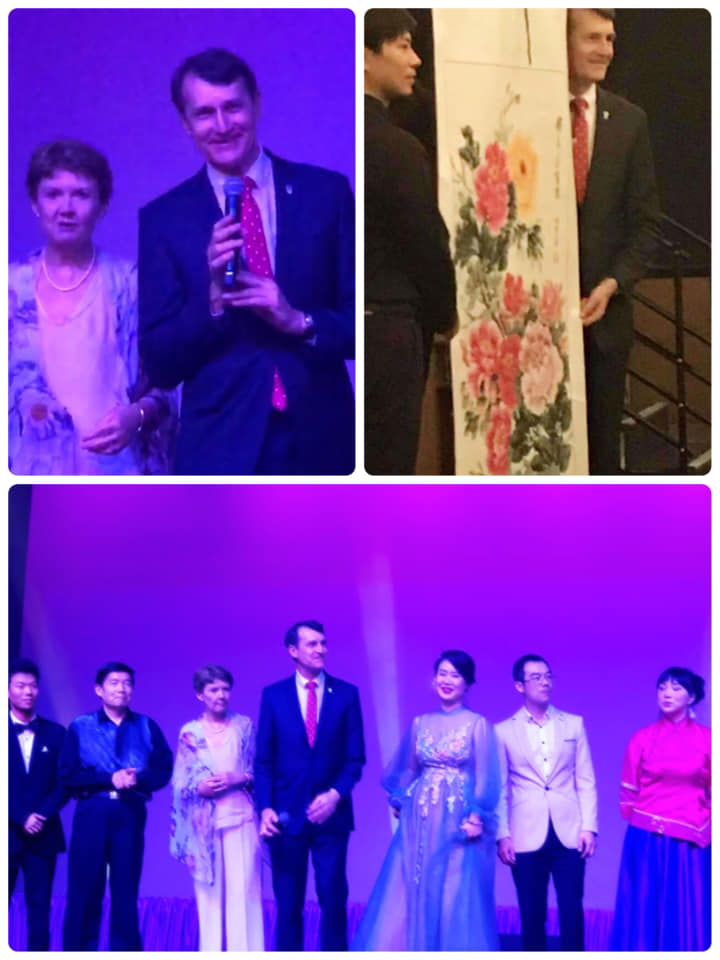 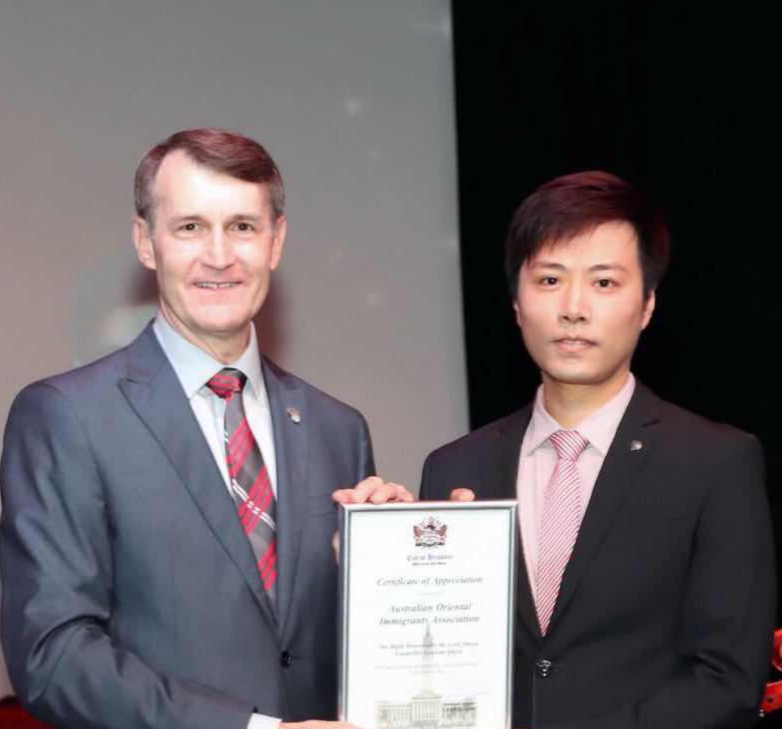 On 8th March 2019, Lord Mayor Graham Quirk presented an award at the Brisbane International Arts Festival to the President of the Australian Oriental Immigration Association for his and the organisation’s ongoing support and devotion towards multiculturalism among local communities, and their generous contribution at the Mayor charity events. 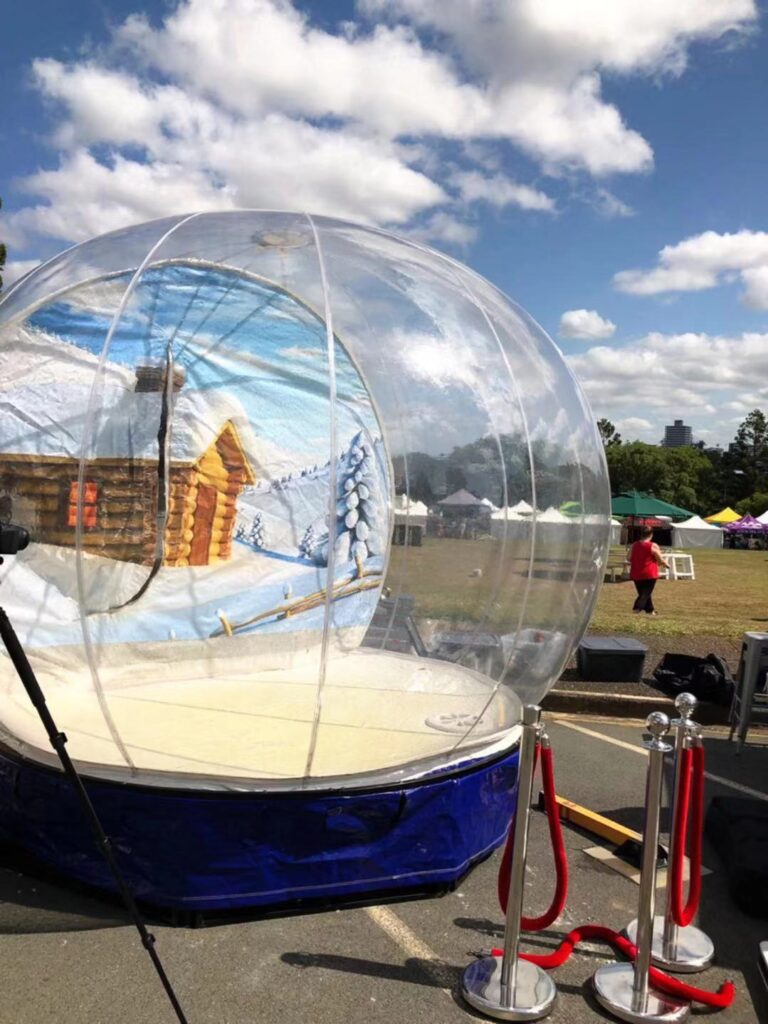 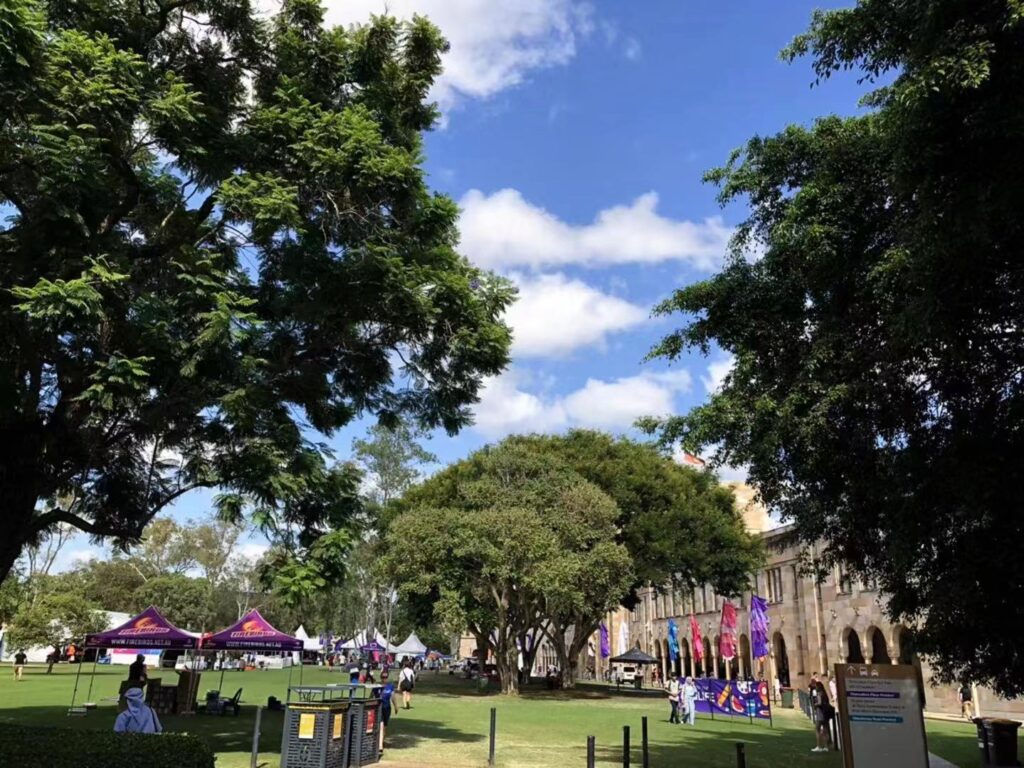 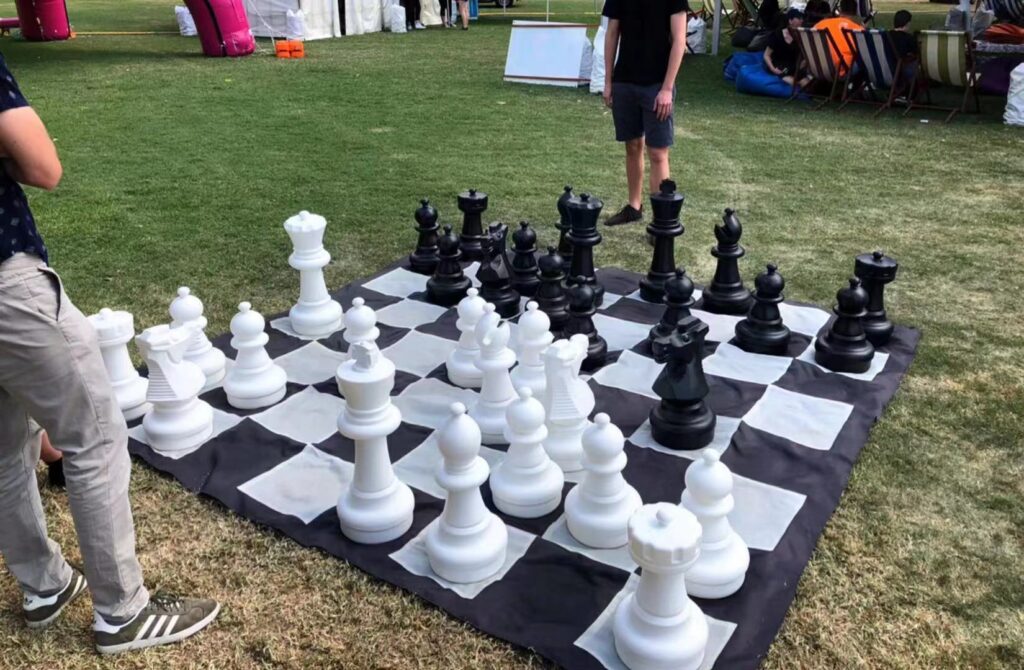 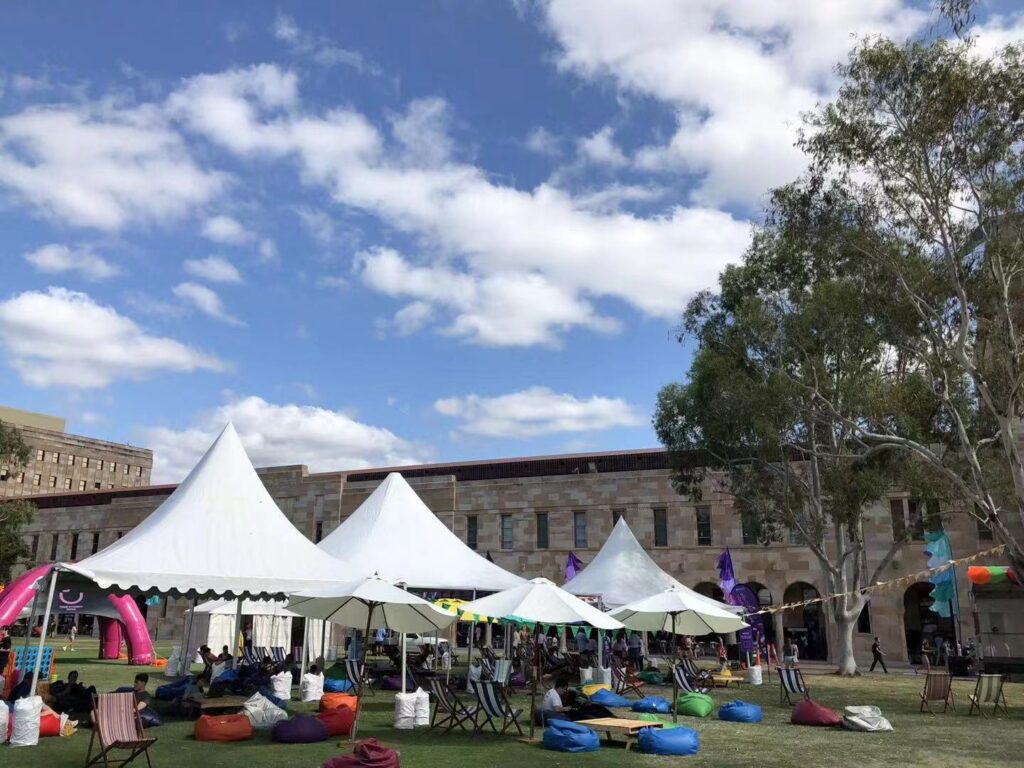 It was great to see so many clubs and organisations at UQ Market Day! Large variety of activities were offered.

Had a meeting with Lord Mayor and Lady Mayoress at City Hall on Friday . They expressed gratitude for our organisation’s contribution to local communities last year and we got to speak on plans for improving Brisbane communities for the better.

I was personally touched by the love and kindness shown by Lord Mayor and Lady Mayoress, as well as their continued support for our community. We will further discuss the specifics regarding how to join force and provide assistance to those need them the most. 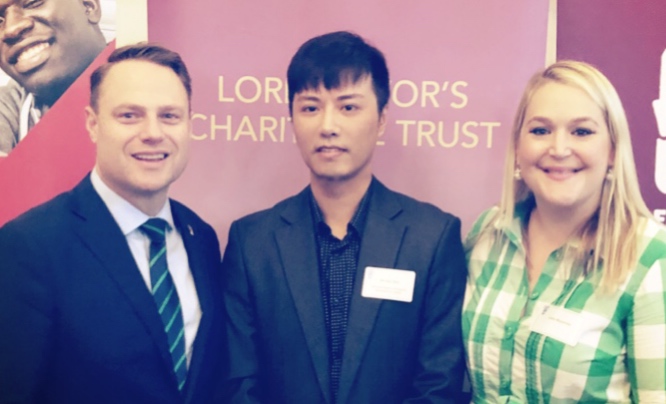 World Environment Day 2019 has a theme of “Air Pollution“. We can’t stop breathing, but we can do something about the quality of air that we breathe. 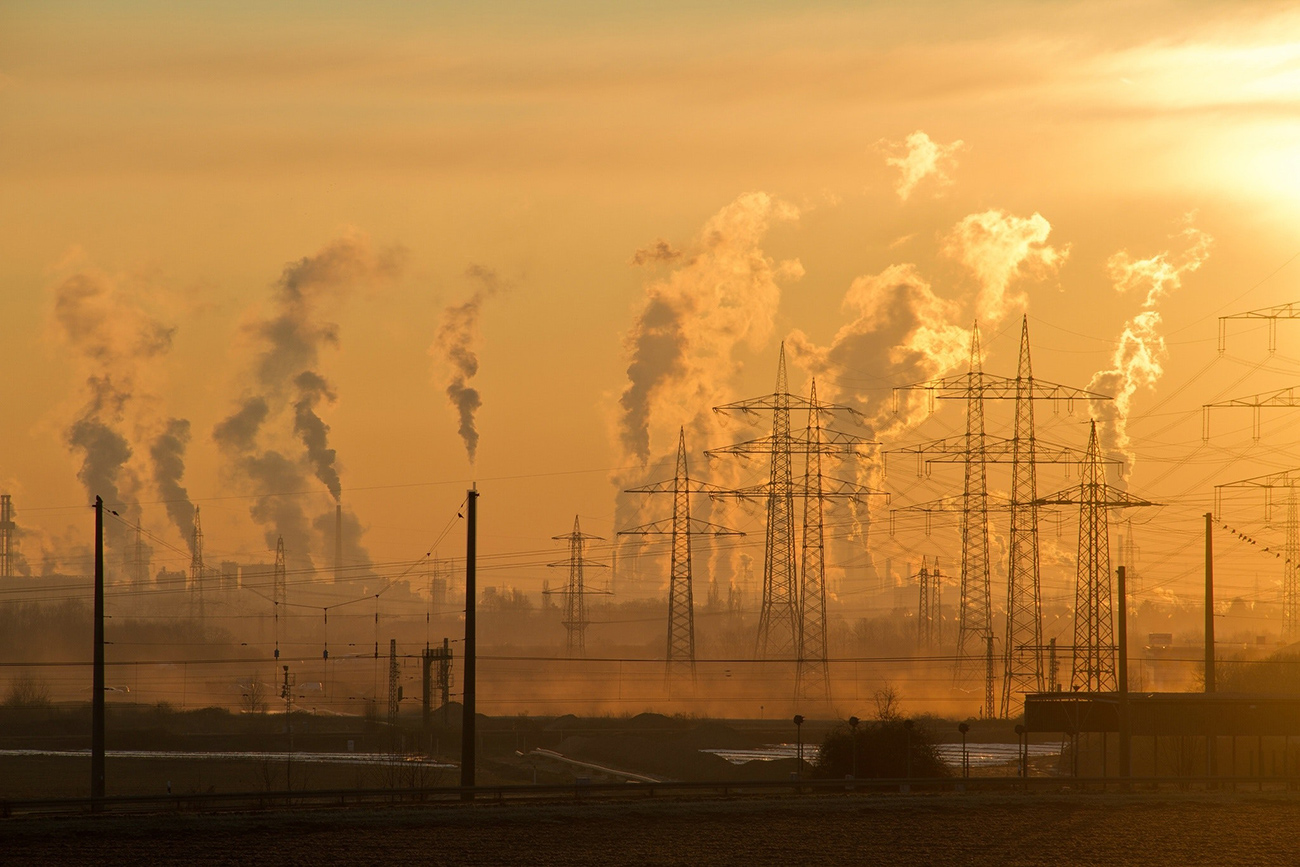 Approximately 7 million people worldwide die prematurely each year from air pollution, with about 4 million of these deaths occurring in Asia-Pacific. World Environment Day 2019 will urge governments, industry, communities, and individuals to come together to explore renewable energy and green technologies, and improve air quality in cities and regions across the world.

In lieu of this, we are thinking of organising a tree planting event sometime this year to combat air pollution, stay tuned!

Stop biodiversity loss or we could face our own extinction, warns UN